As Seen On Wikipedia

Atilla Iskifoglu is a Turkish world champion flair bartender.[1] He has won laurels on the international stage in various countries. He was four times winner of the European Flair Champion and The World No 2 title,[2][3] He uses his experience and knowledge to train bartenders across the globe, having trained around 800 bartenders in 15 countries.[4] 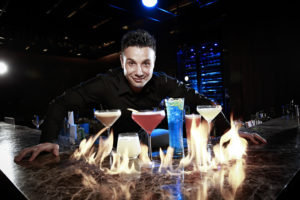