Ready To Try This Delicious Cocktails?

All freshly prepared by Atilla Experience This Show At Your Event At Your Wedding or Celebration

Atilla is a highly skilled flair bartender-entertainer and has been a great hit at every event we have done with him. He is also a talented cocktail mixologist and can quickly make stunning cocktails to even the most demanding of clients. I personally recommend him for any events you have.

In conclusion, I’ve no doubt that Atilla’s unique talent would grace the presence of any bar-event in any country around the world.

I worked closely with Atilla during his time on the show ” Britains Got Talent and he was a pleasure to deal with. He performed extremely well at his audition and was enjoyed by both the Judges and our live theatre audience. He was always very professional and conscientious and I know, in particular, very hard working.

We hired Atilla to perform at our private parties in Fiesta Havana, London. What a show!! I look forward to continuing to work with Atilla in the near future and would have no hesitation to recommend him as an upstanding member in our industry, a man with integrity, honesty and someone who is fully trustworthy.

We hire Attila to perform for our exclusive Jazz Club, a newly opened trendy restaurant – lounge in Doha. His outstanding live performances and impressive flair shows have been well-appreciated by our guests. He has proven to be a very dedicated member of the team, guest focused, sales oriented and willing to help wherever possible.

Atilla has been an active member in the Flair Bartending community for almost a decade and is still proving every day that he has what it takes to be one of the very best in the world.

Atilla is an innovative and creative flair bartender that has pushed the boundaries of flair bartending over the past 12 years. While there are many flair bartenders currently working in the United States of fair or moderate ability, Attila has proven himself to be among the best entertainment flair bartenders in the world. I have no reservations or hesitations in stating that Mr. Atilla Iskifoglu’s will be an invaluable asset to the hospitality industry.

We hired Atilla for one of our cocktail Event in Leeds, England to Judge the competition and perform a flair show, the performance went down a storm. Atilla has set the pace for many flair bartenders all over the World, and he is clearly one of the reasons why the World of flair bartending is in a different level compared to 10 years ago. I would have no hesitation to recommend Atilla to any employer and given the opportunity would work with Atilla again.

Atilla and his bartenders were very professional. Excellent communication from start to finish. Definitely, recommend them for any level of event.

We hired Atilla and his team for our event and we couldn’t have been happier with our experience. They were on-time, courteous and professional, but the most important part was how AWESOME the show and drinks were! We held a open house where people tend to show up for one drink and then leave, but this time people hung out and enjoy the party. We will be using them for all of our future events.

Atilla and his team were extremely professional, accommodating, and downright kind when it came to bartending our event! He helped establish a place to set-up, assisted in the movement of furniture, offered advice for placement and everything. He even made special non-alcoholic drinks with just as much flair as those with alcohol! He’s very talented and we would love to have him back at our next event.

Big Thanks to Atilla iskifoglu and Failte Vodka for all your hard work during the SD Spirits Festival over the weekend! This would not have been a success without you! Looking forward to next year!

Prior to Atilla joining our books, we have had very bad experiences with flair bartenders – to the extent that we have refused to work with them for 2 years. But since Atilla joined our books in October 2009, he has worked for us 5 times at a range of events including awards ceremonies, corporate events and private parties. We have booked him to work at such prestigious venues as Studio Valbonne, Sketch Bar (repeat bookings) & The Grove Hotel & Spa in NewYork. Every single time that we book him we get great feedback from our clients – they are not only impressed with his superb showmanship, but also his professional and friendly attitude. To work with, Atilla is always polite, professional and prompt and always willing to go the extra mile to make his appearance at the event special for every client. Atilla’s appearance on the TV show ‘Britain’s Got Talent’ is always a bonus for ourclients, and it gives them the chance to see his expert skills in action.

This is a award winning show performed by Atilla and his team to the music. Must be experienced once in a life time.

Atilla and his team will prepare one of the most amazing original cocktails and this cocktails will be named for you on the spot! Truly unforgettable experience.

Atilla and his team will prepare cocktails and perform award winning bar show for your guests. 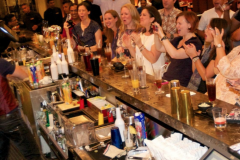 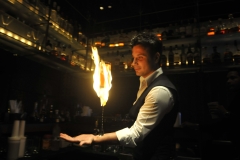 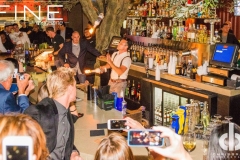 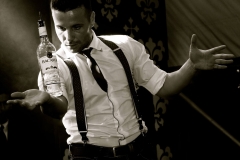 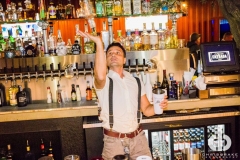 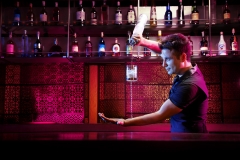 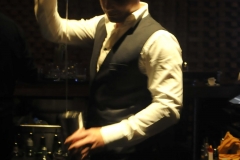 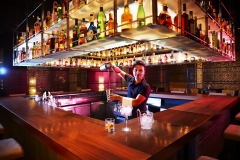 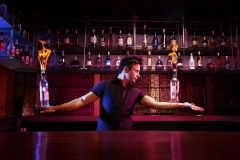 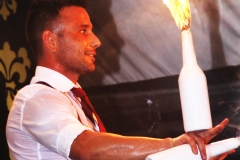 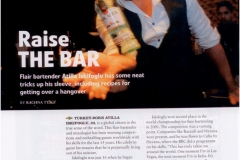 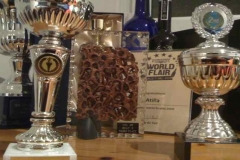 Why book Atilla for your event?

In the world of Flair Bartending few have the ability to excite, amaze, and inspire like 4-time European Champion Atilla Iskifoglu. The World-famous flair bartender has an impressive CV including wins in competitions across the globe competing in the Las Vegas World’s Greatest Bartenders competition. In 2001 he was featured on the BBC 6 O’clock News in London as he represented the UK at the World Championships in Cuba, and in 2009 he helped bring flair bartending to the mainstream as he wowed the crowds, judges, and viewers at home during a successful run on Britain’s Got Talent.

Also known as The Bar Hypnosis, his love of competition is firmly rooted in a love of taking to the stage and performing his art, a love he has nurtured since first stepping behind a bar at the age of 18. He has been known to entertain bar customers at legendary venues such as Rock & Rita’s in Las Vegas not only because of his tremendous skill but also because of the knowledge and passion he shows for the drinks industry.

This knowledge and passion has led Atilla to create a new style of bartending known as ‘mixology and flair’, breaking down the barriers that usually exist between mixology and flair bartending. He has constantly pushed boundaries, ever since he became the first bartender at the Roadhouse European Challenge in 2001 to flair with four objects.

As well as honing and perfecting his own skills, Atilla also passes on his experience by training bartenders to work in luxury 5* hotels, and judging in bartending competitions where he rewards showmanship, knowledge, and originality.
Often imitated by peers, but never copied, Atilla is a respected businessman, acting as Director of two successful UK companies, Cocktail Masters and Flair Action. 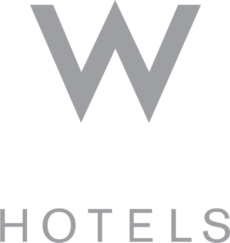 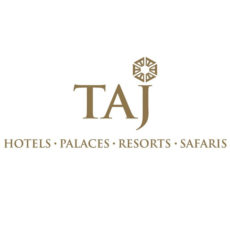 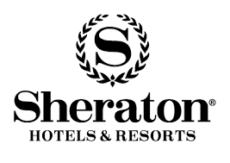 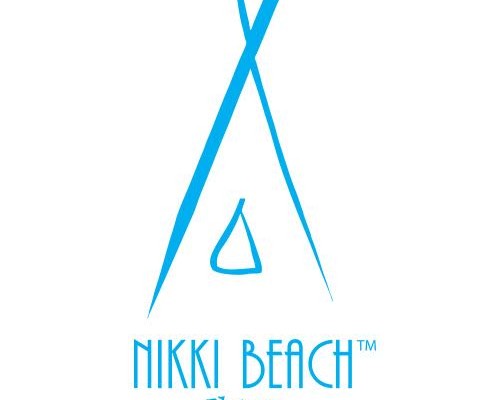